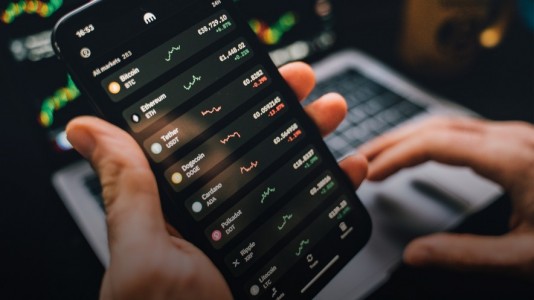 Though these incidents are highly notable due to their sheer magnitude, “pump and dump” schemes are quite common in the crypto world and in the investing world in general. Here’s what you should know in order to avoid this type of scheme.

How Do Pump and Dumps Work?

During a pump and dump, the coordinators behind the scheme purchase a particular cryptocurrency and generate hype around it on social media. Massive demand causes prices to rise, at least temporarily during the initial stages of the plan.

Once prices peak, those who coordinated the pump and dump sell off their assets for profit. This causes the price of the asset in question to drop suddenly, which in turn causes the new investors who were recruited to the scheme to lose money.

Though pump and dumps emerged in the traditional investment sector, pump and dumps are especially commonplace in the crypto market. One study from the University of Technology Sydney found that 15% of all cryptocurrencies experience pump and dumps on a regular basis, and found that the strategy generated $350 million in trading volume during the duration of the six-month study.

Often, there are technical features that are used to attract users. Tiered access to a group allows investors to buy and sell their investments more quickly. Because pump and dump schemes require precise timing for traders to make a profit, the most established leaders generally profit the most from this model.

Anyone can coordinate a pump and dump, including a dishonest project team, individual influencers on YouTube, or a group of investors on social media. Large whale investors can also work to carry out a pump and dump with few participants.

How Can I Avoid Pump and Dumps?

In order to avoid pump and dump schemes, you should avoid certain sources of advice. Social media groups on Telegram and Discord are rarely good sources of investment advice, as the participants have incentives to promote a particular coin.

Likewise, crypto influencers on Twitter and YouTube are not always good sources of information. Though they can provide exposure for little known cryptocurrencies, they may have a vested interest in promoting those cryptocurrencies. Be sure to follow more than one influencer, including those that give different viewpoints.

Be sure to get news from reputable sources. Legitimate news generates lasting demand for cryptocurrency. Stories that appear on sites like Forbes and the New York Times are likely mainstream news. By contrast, smaller cryptocurrency news sites often publish sponsored stories and focus on minor cryptocurrency projects.

Above all, remember that crypto investments are by nature risky. There is no guarantee that even responsible advice will return a profit.

Are Pump and Dumps Illegal?

In traditional stock markets, pump and dumps are illegal. Regulators like the U.S. Securities and Exchange Commission often pursue individuals and groups who coordinate these schemes. The regulator has recently targeted a Maryland-based scheme and a California-based scheme, along with several others in past years.

By contrast, the cryptocurrency market is largely unregulated, meaning that pump and dumps are often overlooked if they are performed by a group with little visibility.

Fortunately, the crypto industry is maturing and some high-profile pump and dump schemes have been taken down. Most notably, the SEC charged John McAfee with illegally touting ICOs for payment in cryptocurrency in October 2020.

Restrictions are also coming from the private sector, as sites like YouTube are restricting influencers who promote cryptocurrencies. Though this has been denounced as censorship by some, those restrictions do prevent pump and dump schemes.

It is possible that the events surrounding DOGE and XRP this month will attract greater regulatory scrutiny towards the crypto industry. However, regulators have not announced any plans to combat the issue in a definite way.